We knew it was coming, but that doesn’t make Kush’s death in this week’s EastEnders any easier to deal with.

When Kush, Whitney and Arthur headed off to their new life in Dubai, it was clear that things weren’t going to work out for them. And sure enough, sinister Gray followed them down to the empty Tube station and poor Kush was kaput.

With Albert Square – and the viewers – still reeling from the tragedy, we’ve got some questions about the whole thing. Let us know if you feel the same way.

1 Why did Gray go to the station?

Was he intending to speak to Whitney and convince her not to go? If so, why was he lurking and watching until Whit took Arthur to the loo? Who was looking after Gray’s kids while he was wrestling Kush on the platform?

2 Why was the station so empty?

It wasn’t the middle of the night, so how come there was no one else around? And Walford East tube is outside and upstairs normally.

3 What about CCTV recordings of Kush’s death?

Callum explaining away the CCTV as being broken doesn’t work for us. Stations, trains, streets, they’re all full of cameras. Plus surely the driver of the train saw something?

Whit’s had more than her fair share of drama over the years. The trauma of being groomed by Tony and Leo tracking her down for revenge.

Soapbox Extra: Who is Nancy Carter in EastEnders and what is she hiding?

She had her doomed romance with Lee Carter, her broken engagement to Woody, and Callum announcing he was gay on her wedding day. She feels like a punchbag – a victim forever. We’d rather see Whitney leave Walford than watch her suffer again.

5 Where are the cops? Are they investigating Kush’s death?

Phil and Ben were quite clear that they didn’t want to ‘deal’ with Kush because if anything happened to him, they’d be top of the list of suspects. Whitney is convinced Ben’s to blame for her fella’s death. And yet the police don’t seem to be bothered. Are they even investigating? Why weren’t they protecting Kush?

And on a side note, our obsession with Shirley Carter’s role in the Mitchell crime empire continues. What does she do exactly? What does she get out of it? She seems to have all the risks and none of the benefits.

What did you think of this week’s dramatic events? Join the chat on our Facebook page.

Five things that surprised us in this week's soaps. *Narrows eyes at Coronation Street's Tyrone* 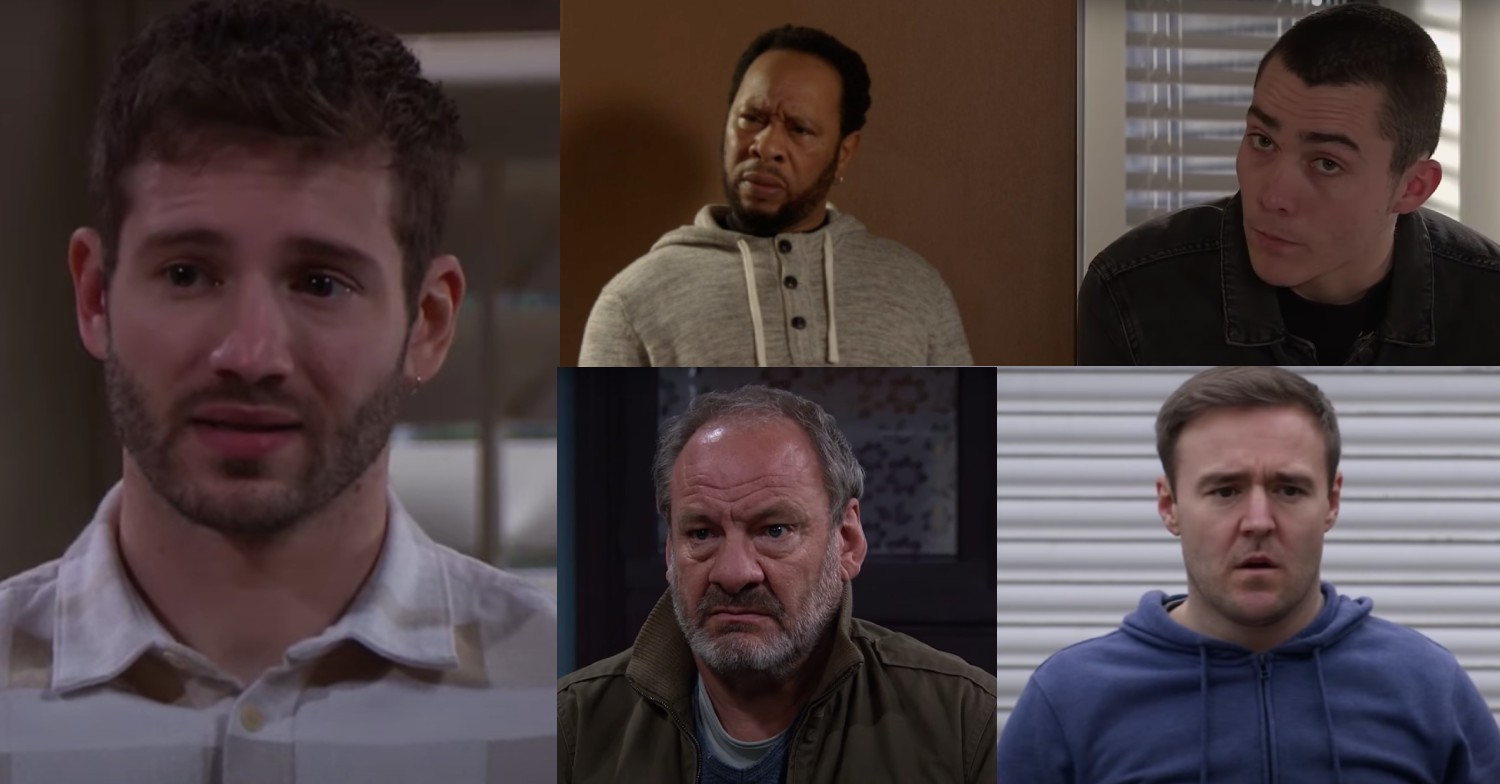 We hate Emmerdale's Jamie Tate! Five of the worst men in this week's soaps