Viewers are still reeling after last week’s Coronation Street tragedy. Here Corrie fan and Soapbox contributor, Jess Newbold, takes a look at what could happen for the Weatherfield residents after Seb’s death.

Abi broke everyone’s heart when she was told Seb had died. The grieving mum is going to be desperate for answers all while feeling guilty for failing her son, as she believes. And what of her relationship with Kevin? Might she push everyone away when she needs them most?

Soapbox Extra: Five Coronation Street actors who deserve ALL the awards after Seb and Nina’s attack

Could Abi’s grief send her on a downward spiral, and maybe even back on the drugs? Will the people of Weatherfield support Abi or rush to judge her?

Corey is a horrible young man who will stop at nothing to stay out of trouble – we’d even go so far as to say he’s the new Geoff! We’ve already seen him manipulate Kelly, Summer and Asha into doing what he wants and I have a feeling we haven’t seen the worst of him yet. But what of Asha? She’s starting to suspect what Corey is like and I really hope she can find it in herself to stand up to him.

Kelly is arrested this week and charged with Seb’s murder. The troubled teen is currently being fostered by Imran and Toyah, who come to blows over how to handle the case. Could the fact that Kelly seems willing to protect Corey have devastating consequences for the couple who have worked so hard to be accepted as foster parents? What will they do when Kelly’s mum shows up, determined to look after her daughter?

We’ve already seen how devastated Nina is by the Coronation Street tragedy. Could she blame herself for what happened? Or even try to change her appearance? And will she make a full recovery or be left dealing with long-term injuries? Nina’s relationship with Roy is very special and I have no doubt he will be a tower of strength for her as she struggles to come to terms with her loss and also the physical effects of the attack.

This could be interesting. Amy was with Asha when the attack took place which could scupper Corey’s false alibi. Could Amy make an enemy of Corey if she encourages Asha to stop protecting him? In this week’s episodes, Summer comes clean to Billy after the guilt begins to get the better of her. But what will he do? Could the kind-hearted vicar cover up Summer’s involvement in a crime  to protect his daughter? We can’t see it. But will Billy’s honesty put Summer in danger?

What do you think the next few weeks have in store for the residents of Weatherfield after this latest Coronation Street tragedy? Join the chat on our Facebook page or on Twitter. 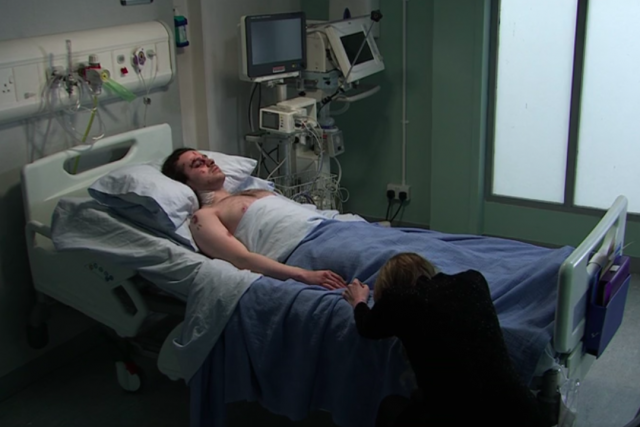 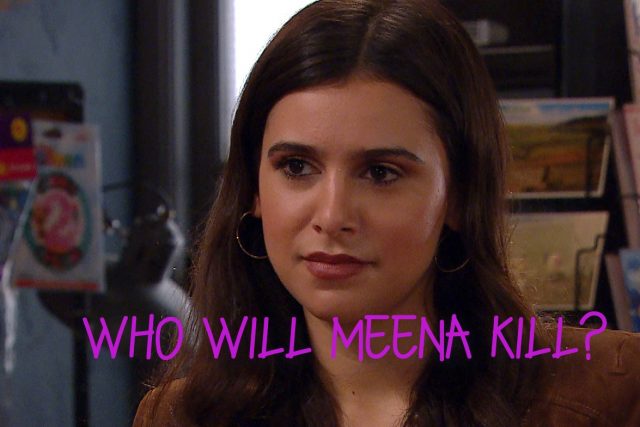 Meena in Emmerdale will kill someone this week. Who will her victim be?