Jessica Plummer, who plays abused Chantelle, explains all about her risky escape plan – on screen next week

Why does Chantelle call a women’s refuge rather than telling her family?

Chantelle’s parents have a  relationship with her husband, so for her to tell her them is risking her not escaping. Gray is clever, he’s smart and he’s not going to let her just walk out of the door. I think it’s easier for her to just run.

There are some sweet moments between Mitch and Chantelle at the seaside, how does she feel towards her dad?

Chantelle has definitely forgiven him for his absence in the early years of her life. She loves her Dad and is probably the closest to telling him but at the same time she knows that her Dad would probably kill Gray, and she wants to protect her Dad in that way as well. Even though she probably loves her mum more,  I think Chantelle is quite resentful about the fact that her Mum is always commenting on how perfect her life is and that her Mum hasn’t noticed that something’s wrong . Whereas her Dad, even though she’s not as close to him, picked up on it straight away.

How important do you think it is for EastEnders to show storylines like the one between Gray and Chantelle?

Soaps are part of people’s everyday lives and they show things that are reality for a lot of people. What’s different about Chantelle and Gray’s relationship in comparison to Little Mo and Trevor and other examples that have been portrayed, is that Chantelle holds herself with such high regard, she doesn’t cower and she stands up for herself. I don’t think  Chantelle even realises how bad it is at the start. She thinks “well my life is perfect it’s just that one small little thing if I could just figure out, everything would be absolutely fine!”.

It’s important to show that this is still domestic abuse even though it doesn’t look like the typical cowering in a corner version. To the outside world Gray is charismatic, he’s charming, he’s successful – he’s perhaps not the typical person that is portrayed in domestic abuse storylines.

Have you been involved with women’s charities as part of your research?

We worked with Woman’s Aid and Refuge, I’ve had a few meetings with them. I’ve stayed in touch with one of the ladies who came to the first meeting who was a survivor of domestic abuse and we’ve stayed in contact. It’s crazy because she’s my biggest fan but I’m her biggest fan! She’s lovely and when we sat down initially and she spoke about different ways the abuse can happen, it’s not always a monster and a meek mouse – that’s hardly ever the case. Learning about the statistics was shocking, the fact that a lot of women feel scared to go to the police in case no one believes them is why a lot of women don’t say anything and prefer to run rather than speak up.

What have you learnt about abusive relationships through playing Chantelle? Is there one thing that sticks out?

As much as Gray is an abuser, when I watch it back there’s some part of me that feels as bit sorry for him because I realise that he witnessed abuse as a young child and never learned what a healthy relationship was. That’s another thing that’s so important to show – exposing children to domestic violence in the home is so damaging and is a form of abuse in itself. I could see that, although there are no excuses for Gray, he’s just really broken. Education about healthy relationships is so important to stop domestic abuse from happening in the future. 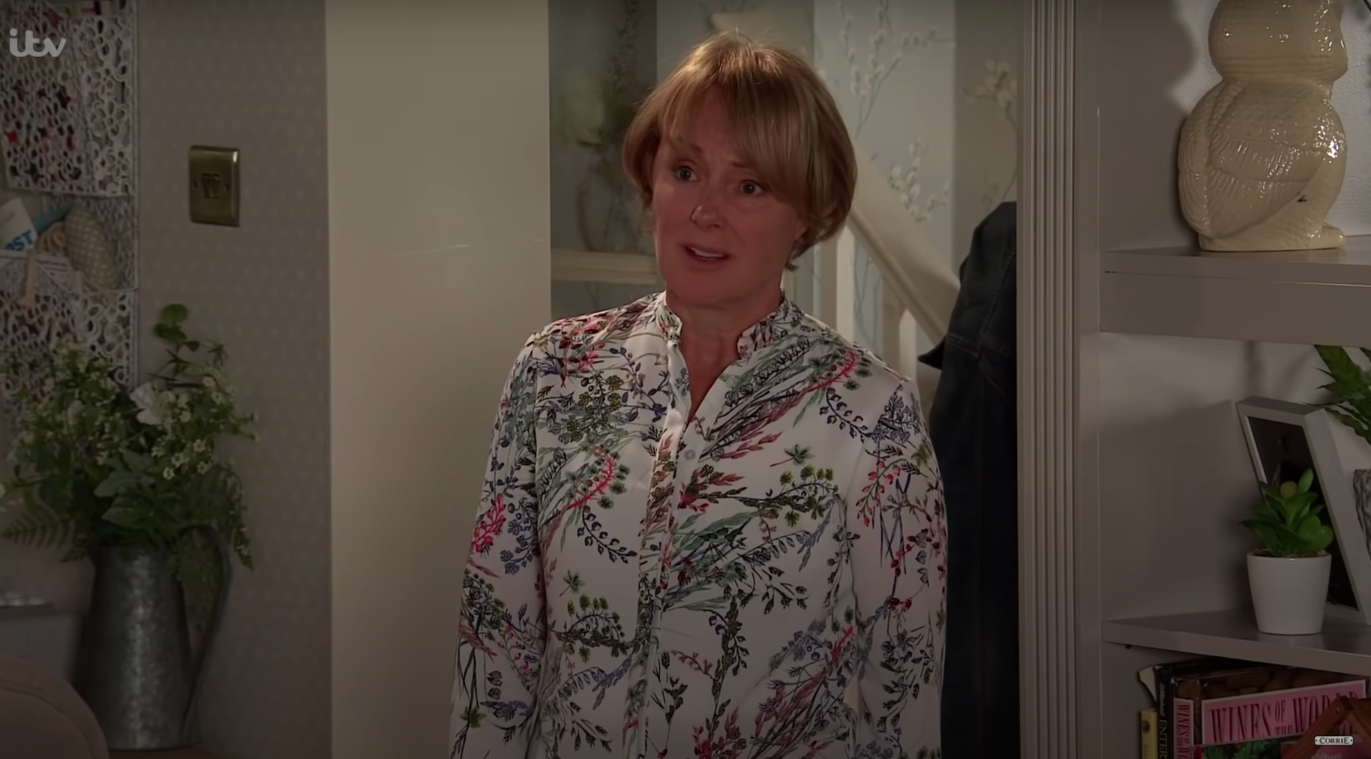 Sally's scared about what Geoff's capable of - he's dangerous

There's a huge surprise coming to Emmerdale this Christmas!