Coronation Street star Sally Dynevor explains why her alter ego, Sally Metcalfe, is determined to find out the truth about Geoff.

Sally saw Geoff’s true colours a long while back but Tim is still standing by his dad, how is that affecting Sally and Tim’s marriage?

It’s put a real strain on their marriage. Sally’s annoyed because she knows what he’s up to and it frustrates her that her husband can’t see it when it’s right in front of him. But then on the other hand, she loves Tim and she realises that this man has been the one constant in his life so this is very difficult to come to terms with for him. She’s getting really frustrated though now because she wants to help Yasmeen and the only way to do that is to have Tim on her side because it is going to split them up otherwise. It’s a really difficult situation.

When she hears about the CCTV footage how does Sally feel?

She thinks if there is CCTV footage still then this could be what shows Geoff’s true colours. First she has to figure out where it is, Cathay says Dev’s is usually on his computer so she decides she has to get hold of Geoff’s computer, anything is worth a go. At first Tim and Faye don’t want to see what is going on because they’re worried but Sally says this will settle the argument once and for all, if there’s nothing there then you can come down on me and tell me I was wrong. So for Sally it’s really important to find the footage and try show them the truth of what has been going on.

Do you think she’s actually aware of what Geoff’s really capable of?

No I don’t think so. She’s seen sparks of it, he’s been angry with her a couple of times but she doesn’t know to what extent he would go. She’s heard about him locking Yasmeen in the box and making her wear that dress but she doesn’t really know what he’s like in the house behind closed doors. She needs proof of what he’s been doing so it’s vital she finds this so she can prove to Tim that sadly she’s right.

When Geoff catches Sally in his house trying to smuggle out his laptop, could Sally be in danger?

I think Sally’s really worried and nervous when he appears, and there is a little confrontation between them. She doesn’t trust Geoff; she feels he would hurt her if she overstepped the mark and I think she’s scared about what he’s capable of.

What is she expecting to see on the footage?

No I don’t think she has any idea, she just wants to see what’s there. She’s not quite sure what she’s searching for but she knows if there was a camera in there it’s bound to have picked something up. I think if she discovered what really went on in that house it would be a shock.

Do you think Sally and Tim will come through this stronger than ever or could it damage their relationship irreparably?

I think this will make them even stronger. Tim always thought that his dad was the one constant in his life so if he finds out that he’s not, I’m hoping Sally will be there for him and they’ll come out of this even stronger. They’ve been through thick and thin together and this will really prove that they can get through anything and they want to be together. They really love each other so hopefully without Geoff around they can get on with their relationship and move forward with their lives.

EastEnders is back TOMORROW! 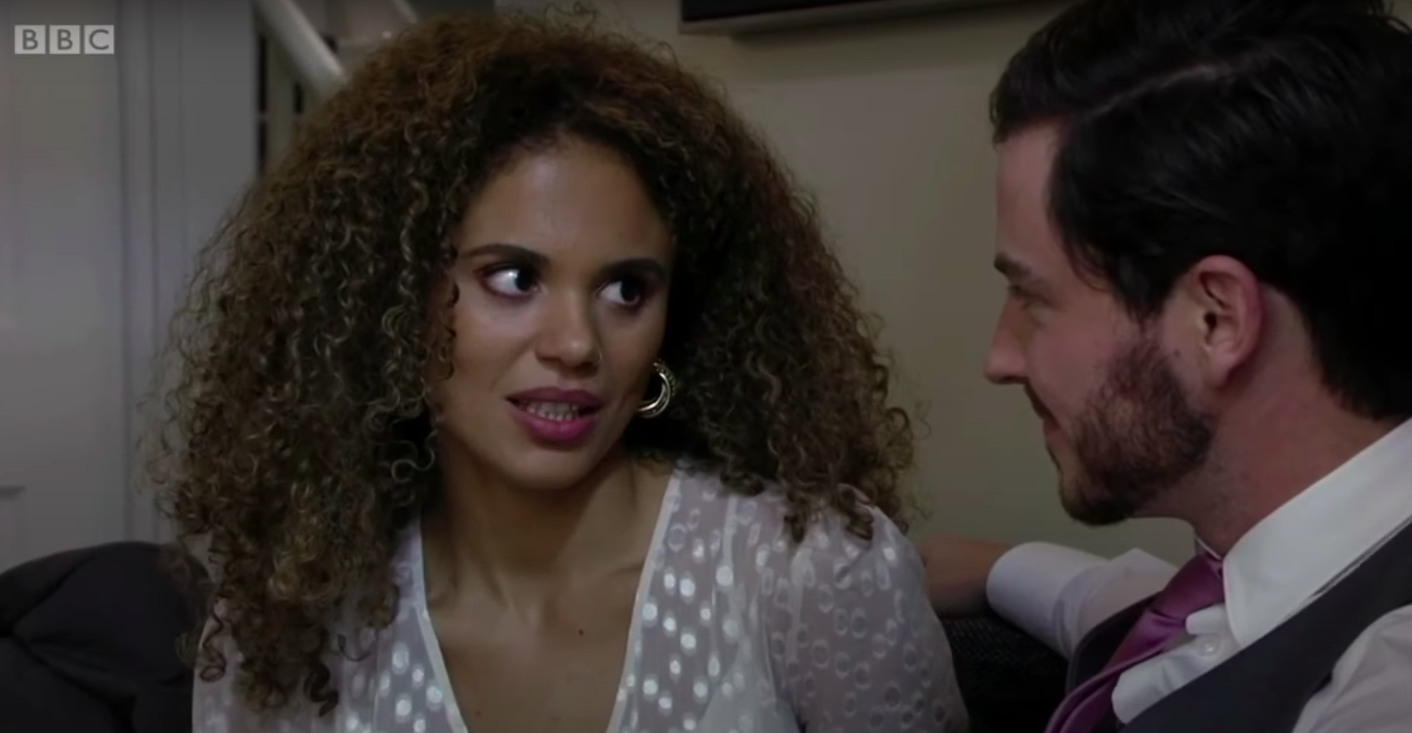 "Gray is is not going to let Chantelle just walk out of the door."